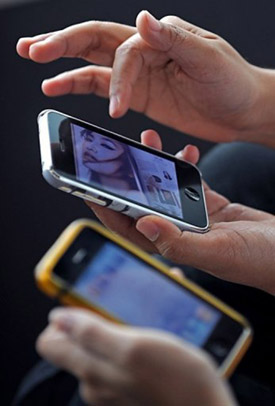 Ever since the iPhone first launched with AT&T many moons ago, we wondered when and if Apple would ever come forward with a CDMA version of the device. The push seems to be getting closer, because two major wireless providers in India are reportedly “in talks” with Apple about the possibility.

This could very well represent the tipping point for the folks in Cupertino, because India is one massive market and they could really tap into some huge profits by offering a CDMA iPhone for Indian subscribers. Both Reliance Communications and Tata Teleservices use CDMA for their networks, and they want the iPhone. If this is indeed the case and Apple goes ahead with a new relationship with these two carriers, it would bode very well with the oft-rumored Verizon iPhone. Yes, I realize that Verizon has nothing to do with Tata, but just having a CDMA iPhone produced would make the transition a heck of a lot easier.

Then again, I’m hearing rumors of a dual-mode CDMA/GSM iPhone as the next-generation offering. If that’s the case, the manufacturing process could be even easier for Apple. Make one SKU (or multiple, I suppose, given the different memory capacities) and let the world battle it out.