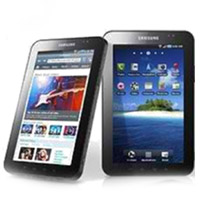 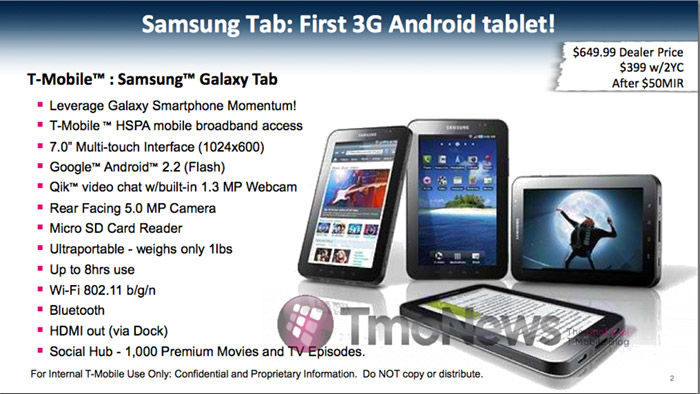 We already know that the Samsung Galaxy Tab is going to end up with T-Mobile, but the pricing is still up in the air. However, the latest rumors are pointing toward a price that could put the Android tablet a little out of reach for the average consumer. We’re now hearing that the sale price is just $399. That’s with a rebate and a data contract. Ouch!

As a subsidized price, that makes the Galaxy Tab quite the expensive little device. I realize that a 3G-equipped iPad out of contract is quite a bit more than that, but $400 is a lot of money to spend when you have to sign a two-year service agreement. That’s the same rumored price for the GTab via Sprint.

On the flip side, it looks like you might be able to nab the Galaxy Tab out of contract for $650, which is more in line with the iPad 3G pricing out of contract. I thought that the carrier subsidy was going to be more than $250, but apparently I’m wrong. Hopefully the subsidy for us Canadians, who usually get stiffed with lengthy three-year service agreements, is a little better than $250. Chalk it up to rumor for now, but $400 plus a contract isn’t exactly an impulse buy. Would you drop $400 on the Galaxy Tab on a two-year term?