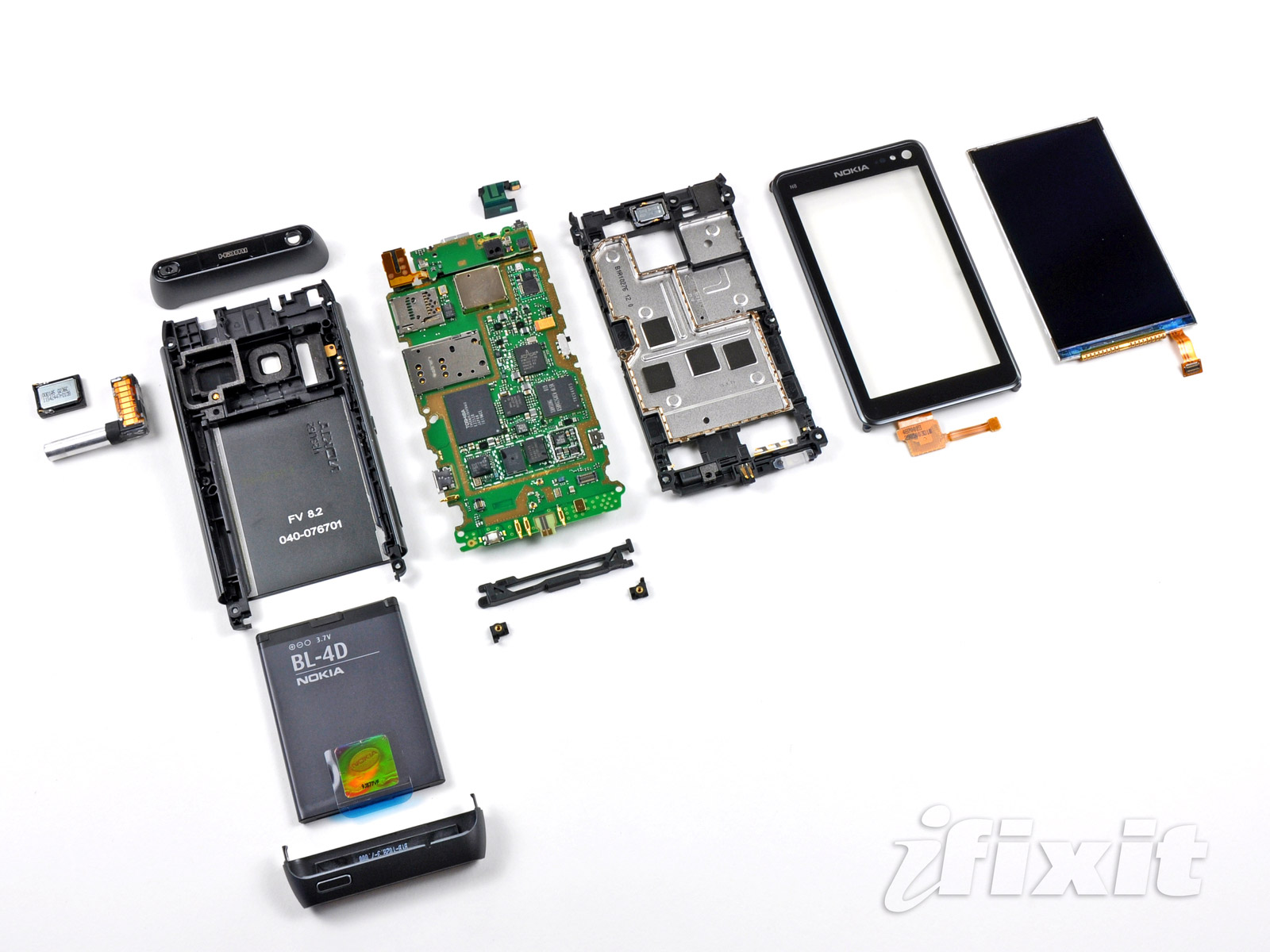 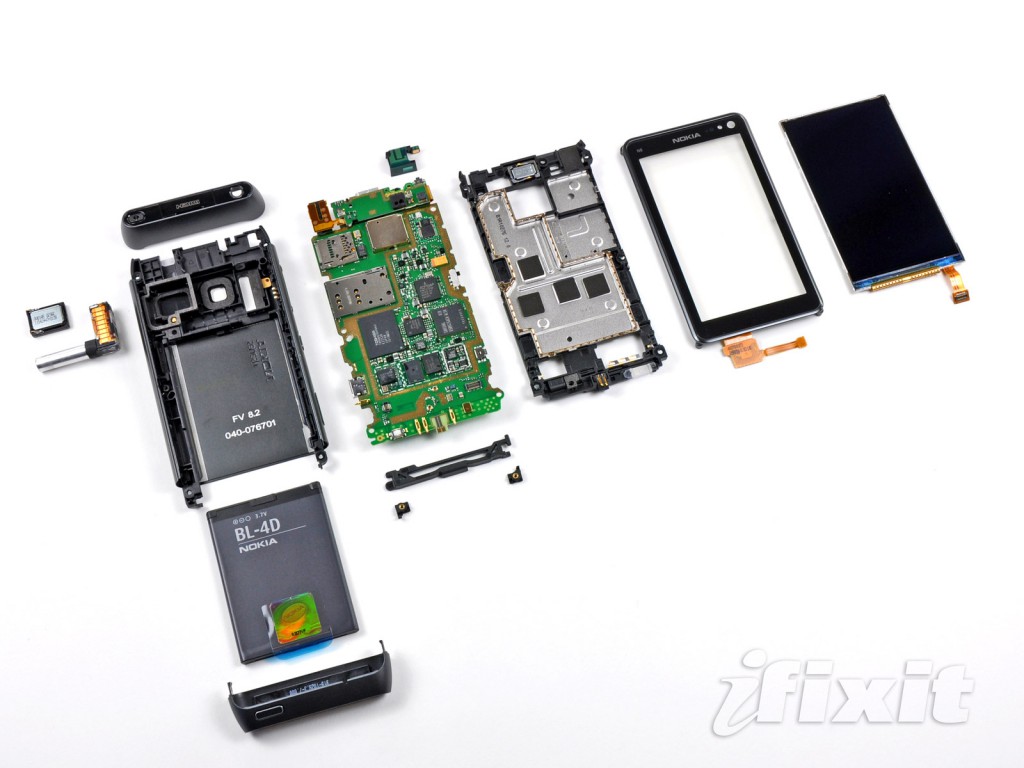 You could say that the Nokia N8 is the new flagship smartphone for the Finnish phonemaker, trying to recapture some of the market share that it has lost to iDevices and Android handhelds. We already know about the specs, but what do the guts look like?

Well, you can always rely on the crazy kooks at ifixit to break out the screwdrivers and crowbars to rip our favorite electronics apart and, well, the Nokia N8 isn’t exactly immune to these exploits. Perhaps one of the more noteworthy findings in the teardown is that while the battery isn’t user-accessible in the traditional sense, it’s actually pretty easy to get at if you want to. I’ve always said that the lack of a user-replaceable battery is a sore spot for the iPhone, so I found it strange that Nokia would take that route. What’s curious is that, upon tearing the N8 apart, you find that they’re using a pretty standard-issue Nokia battery for the N8. Why couldn’t they just use a regular old battery cover, then?

You’ll also notice that the AMOLED display and the cover glass can be separated, so you can replace those independently. Overall, ifixit gives the phone an 8 out of 10 for overall “repairability”… assuming you’re brave enough to tear the thing apart in the first place.