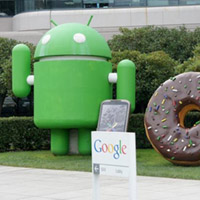 PC Mag recently conducted an extensive interview with Andy Rubin from Google and they addressed a number of different issues. They talk about different versions of Android and the like, but what about the competitors? One of the more interesting quotes came up with the topic of Windows Phone 7 was raised.

While Rubin is willing to admit that the screen shots are “interesting,” he’s not at all convinced that anyone would want to use a Windows Phone 7 device. More specifically, he says:

Look, the world doesn’t need another platform. Android is free and open; I think the only reason you create another platform is for political reasons. Why doesn’t the whole world run with [Android]?

Right. Because Rubin doesn’t have a vested interest in the Android platform at all. I’d imagine that someone like Steve Ballmer would be quick to say something like, “Why doesn’t the whole world run on Windows?”

Rubin does follow up by saying that “competition is good for the consumer,” but he reiterates that he doesn’t “think the world needs another platform.” Considering that Windows Phone 7 is really just a “new” version of Windows Mobile, is it really considered a “new” platform anymore?