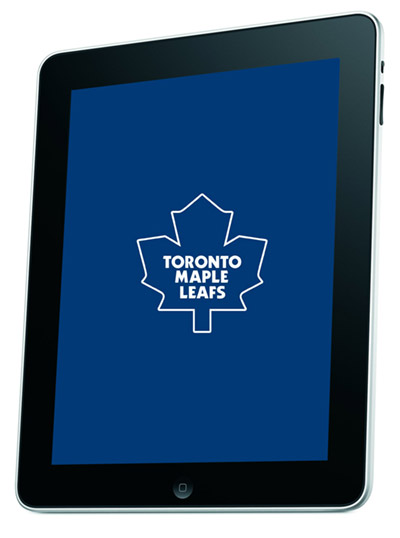 When the NFL season kicked off a few weeks ago I had a brief discussion with my brother about how great it would be if the coaches on the sidelines used iPads (or some other tablet) rather than regular playbooks. It just seems to make so much sense, and it turns out that the Toronto Maple Leafs agree.

Leafs coach Ron Wilson has become an advocate for technology on the team. The iPad, when standing behind the bench, can be used to view replay footage and review other coaching-related items much more efficiently than the old dead-tree style playbooks. The video can be used to dissect his own players as well as their opponents.

Since the iPad has an Internet connection, he could very easily access real-time stas, replays, and other information that can aid him in coaching. You don’t coach based on yesterday’s news; you need the newest information right now. Despite this, Wilson is hesitant to bring the iPad to the bench during games.

“What we’re doing now is watching every power play and every penalty kill around the league and putting together what we think would be the best power play and what is the best penalty kill for our team,” said Wilson. “All players can pull up all shifts, instantly, at work stations we have set up around the ACC. It helps players scout themselves, like in football, and makes a coach’s job easier because we’re not always coming at them with something negative about the way they’re playing.”

With software coach Wilson developed on his Apple OSX computer, he intends to take his team to the next level. The Leafs are innovating the league once again, as did Roger Neilson, the coach who changed the NHL by bringing video replays to analyze opponents some 30 years ago.