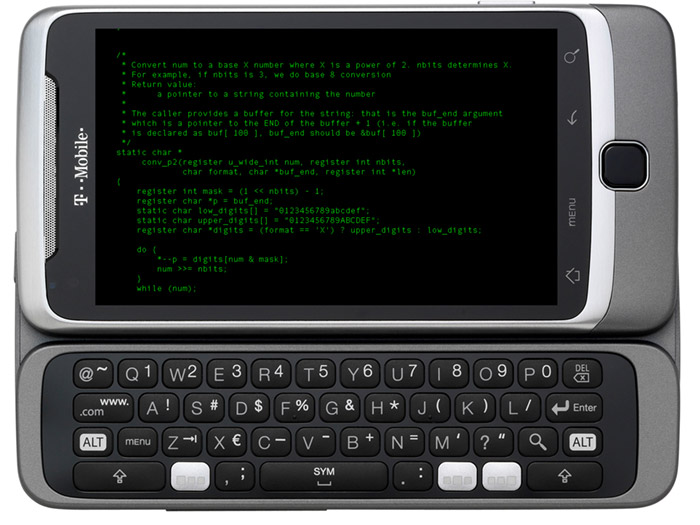 I’m on the fence with jailbreaking. I’ve done it on many devices, but is it worth it in the end? Sure, you get access to apps you may not have had access to on your “factory sealed” model, but then you lose support and are in a constant fight for the latest jailbreak. If you own the T-Mobile G2 and have tried jailbreaking, you may have noticed it didn’t work all as planned.

Apparently the phone ships with a rootkit that will override changes made by the enduser – refreshing the original Android OS and firmware right back to what you started with. Just because you paid for that phone doesn’t mean you own it, according to HTC and T-Mobile. I guess its one clever way to keep your customers “safe” and it’s thanks to a microchip embedded within the G2 that made this possible. The members at Dev Forum have attempted endlessly to jailbreak the G2 with no results.

The big question is, does it matter that much? If you don’t have full control over your G2, do you really care so long as it does what it was initially set out to do? And why hasn’t Apple implemented such chips in their devices? Do they plan to? Or is a jailbroken world all a part of their plan? Would you buy an iPhone 5 per say, if it had an eFuse kill switch on board to revert unsanctioned updates?