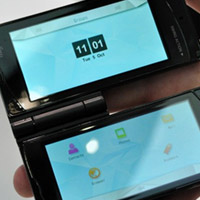 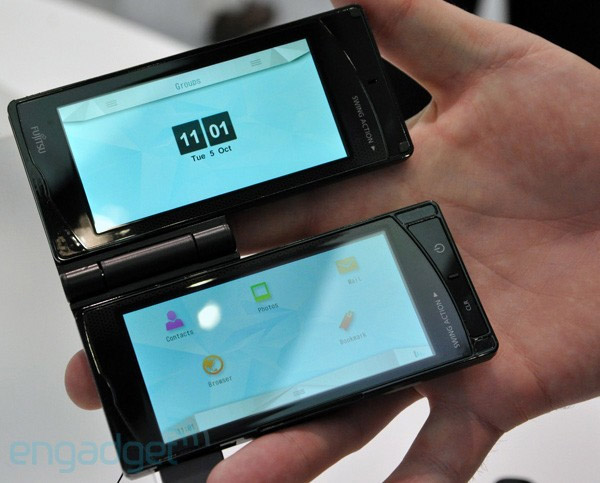 Want to have the larger utility of a tablet but the portability of a smartphone? It looks like Fujitsu is trying something a little bit different with an unnamed cell phone – sporting not one, but two touchscreen displays. We’ve seen flipping phones like this before, but usually one of the slates is covered with a QWERTY keyboard or numeric keypad.

In effect, you almost get a device similar to the Nintendo DS Lite, except both displays are touchscreens and there are very few physical buttons at all. It’s just a concept at this point, but I can see how something like this could be quite useful. The bottom screen can turn into a virtual keyboard without obscuring the top screen. Depending on the app that you’re using, it could span both displays too. You’ll get a “break” in the image, but this could be just fine for web browsing or even multi-tasking. What if you could run two different apps on the two separate screens?

There’s no real timeline for this, as it’s just a concept being shown right now at CEATEC Japan, but a hopeful outlook would still put this at least six months into the future. 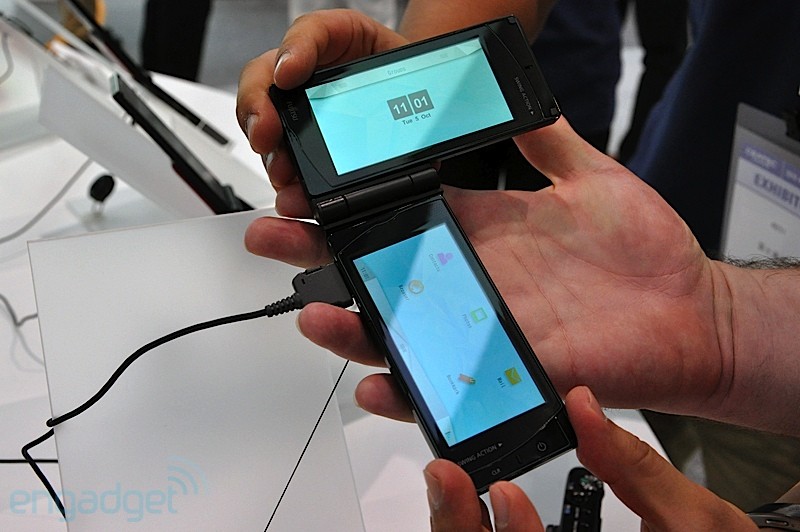