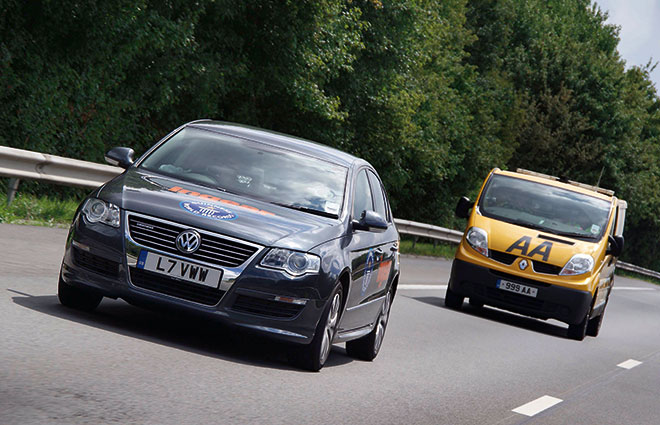 Hybrid? Pfft. Who needs a hybrid when a regular TDI Volkswagen can go over 1,500 miles between fill-ups? That’s exactly what the testing revealed on a Volkswagen Passat BlueMotion sedan. On the outside, it looks like any other regular Passat, but it does happen to be a diesel.

In fact, it’s powered by the same 1.6-liter TDI engine that many of us already know for having great fuel economy. Then again, we didn’t realize that it was going to be this good. Based on the test, they were able to record a production car world record of 1,531 miles on a single 20-gallon tank of gas.

To put that in perspective, it means that you can effectively drive all the way from Seattle to Phoenix without ever visiting a gas station. To achieve this kind of economy, driver Gavin Conway drove an average of 45mph for nearly 34 hours. That works out to 74.9 miles per gallon US.