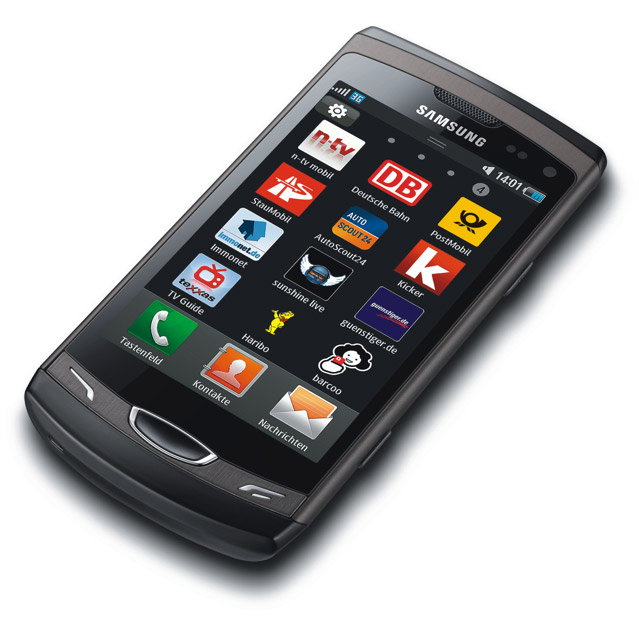 Samsung has apparently given up on Symbian, but they’ve still got plenty of other smartphone operating systems at their disposal. One of the most noteworthy is the in-house developed Bada OS, which debuted with the first Samsung Wave. Well, the relatively new smartphone OS has already paved the way for a sequel.   Check it out. Here is the suitably-named Samsung Wave II. It’s basically an upgraded version of the first Wave, complete with the Bada OS. They’ve bumped the display to a 3.7-incher, backing it upw ith a 1GHz Hummingbird processor, 5MP camera, and the Swype-based Trace text input software.

I have nothing against Samsung, but I’d be much more inclined to get something from the Galaxy S line than a Wave phone, although you will be dealing with TouchWiz. There won’t be nearly as much going on with Bada apps as Android has going for it. The Wave II is scheduled for a November launch in Germany with an asking price of $600 or so.