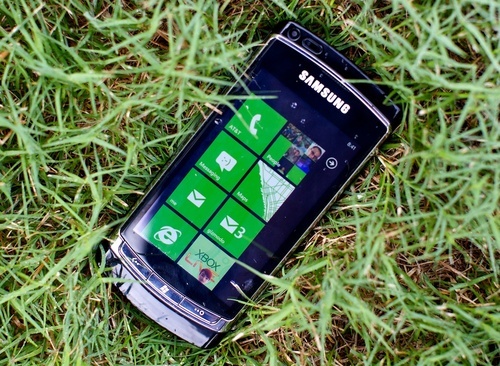 If there is one smartphone manufacturer that is diversifying its interests, it has to be Samsung. It does feature phones with its own TouchWiz UI, it rocks out with Android, and it even has its own bada OS. And before Santa makes his rounds in a few months, Samsung will have “several” devices powered by Windows Phone 7 on the market.

That’s the promise being laid out by a press release issued by Samsung earlier today. They’re not going to have just one or two new phones with Microsoft’s new operating system. Instead, they plan on having “several” WP7 smartphones, including the one that looks like Omnia HD, as well as the i8700.

The press release doesn’t reveal much regarding exact models or release dates, but we can probably expect some with keyboards, some without, and maybe a few UI tweaks. They do mention that there will be “several” devices for Europe, the US, and Asia though.

Windows Mobile hasn’t exactly been the most popular thing in the world in recent years, so the shift to Windows Phone 7 could be a great move. After all, it comes integrated with other Microsoft offerings like Xbox Live, Office, Zune, Bing, and Windows Live. Is this heavy integration the answer to Google’s heavy integration in Android?