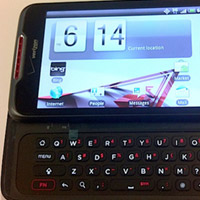 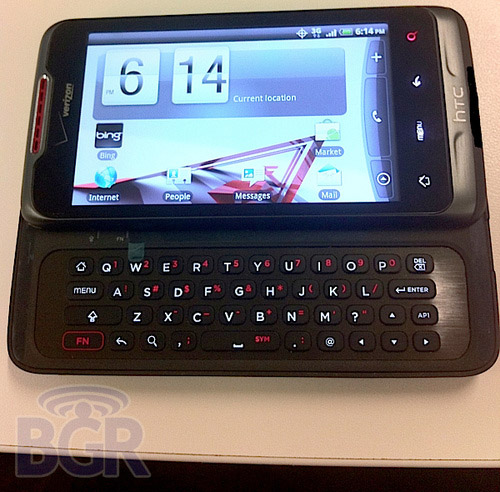 It’s no secret that I’m generally a fan of HTC Android phones. I liked the emergence of the HTC Desire HD and Desire Z earlier this month. Well, it looks like Verizon is about to get some new Desire-esque hotness in the form of the HTC Suave.

Does it look familiar? It should. From what I can gather, this is going to be very similar hardware to the HTC Desire Z and the T-Mobile G2. It has the same four-row QWERTY keyboard and a very similar looking touchscreen. Dubbed the HTC Suave, this phone appears to be lacking the Quick Keys we find on its stablemates.

The official feature list is still up in the air, but this leaked photo is showing a five-megapixel camera and Android 2.2 Froyo out of the box. The other kicker is that Bing logo on the home screen, showing that this could be one of Verizon’s first phones as part of that Microsoft deal. Yup, the Suave got Binged.

With this platform showing up in unlocked form with the Desire Z, in T-Mobile form with the G2, and in VZW form in the Suave, when can we expect something to pop up in Canada with the same? It can’t be long, right?