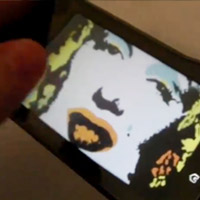 Wind Mobile is doing some pretty cool things when it comes to rate plans and add-ons, but the hardware offerings can leave a little to be desired. No one really wanted that Huawei U8100 to satisfy their Android cravings, so along came the Motorola XT720.

The guys over at MobileSyrup have posted a hands-on video with the Anroid 2.1 device, including a feature walkthrough and a YouTube streaming test. It looks like a pretty nice piece of kit, but it’s almost like every other Android-powered touchscreen-only smartphone these days. Where’s the personality?   The YouTube video stream took some time to buffer, but I guess that’s the norm with a lot of devices these days. It’s too bad that they had to hide the microSD card slot under the battery cover, though, since accessibility on the side would have been so much more functional. I’m also partial to hardware keyboards, but that’s just a personal preference thing.

As a quick refresher, features include the 3.7-inch WVGA TFT touchscreen, 512MB internal memory, 8MP camera with 720p video, and a $430 asking price through Wind after $20 rebate.