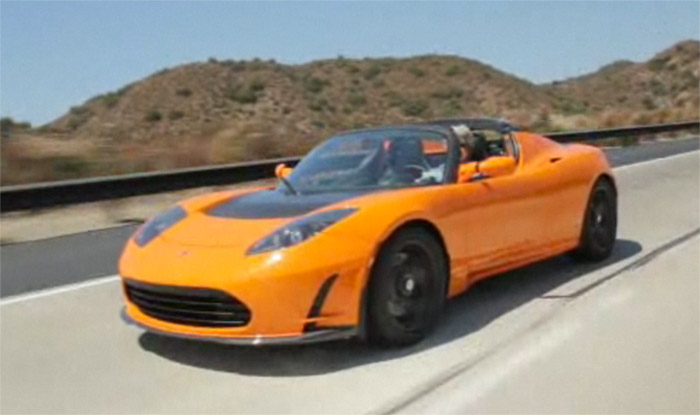 Most people know Jay Leno has the host of Tonight Show (sorry, Conan but you’ll be on Comedy Central soon), he also happens to be a huge car enthusiast. He has a massive garage filled with both vintage and current cars, but also wants to check out the newest vehicles too. So, in the clip below, he takes a look at the Tesla Roadster 2.5.

This is the most updated version of the Tesla Roaster and it represents quite a step up from the original Teslas. It’s still a full-electric car with no need for a single drop of gasoline. The most recent stat, which will speak to some of the naysayers of full-electrics, is that it gets an EPA-certified 245 miles on a single charge. They’ve also swapped out from a two-speed transmission to a single-speed transmission. This is apparently more efficient. In the video below, Jay also learns about how air-conditioning affects fuel economy, how the liquid cooling system works, and so on. It’s actually quite educational.

Sit back and grab a coffee, though, since the visit to Jay Leno’s Garage is over 16 minutes, not including the obligatory pre-play ad that NBC’s front-loaded to the clip (refresh to skip it).