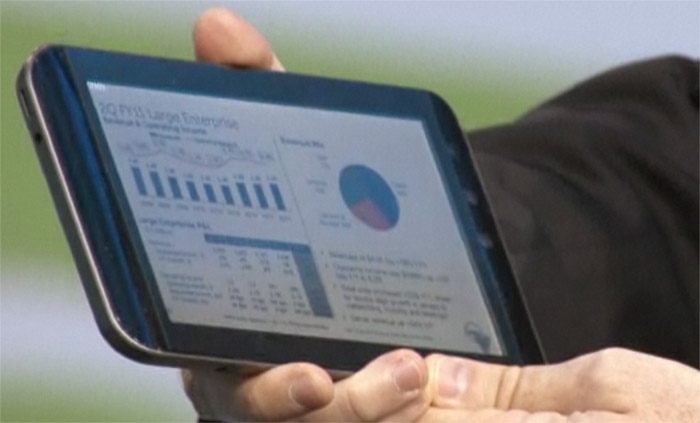 The tablet market is about to get even more crowded. Dell has already made an appearance with its Dell Streak handheld, but that only has a five-inch screen. Now, we’re getting a good glimpse at an upcoming 7-inch slate, which bears a striking resemblance to the Looking Glass tablet PC we saw some time back.

As can be expected, the yet unnamed device (possibly Streak 7 or some variation?) will be running on a newer build of Google Android than the current 1.6 OS that powers the 5-inch Streak. The screen is bigger too, of course, but we’re hearing that the processor is getting bumped into the dual-core Tegra 2 variety. That should help to enhance the performance.

Aside from that, Michael Dell and the rest of his team are staying pretty mum on the specifics. It seems that seven inches is quickly becoming the magical size for Android tablets and it’ll be interesting to see what Dell does to separate itself from the pack. Lets hope the touchscreen is a bit more responsive once it gets released than in the video.

For now, the word going around the blogosphere is that the 7-inch Dell Android tablet could hit as early as Q4 of this year, but an early 2011 launch is probably more likely. This way, they can preload the thing with the newest Android OS possible.