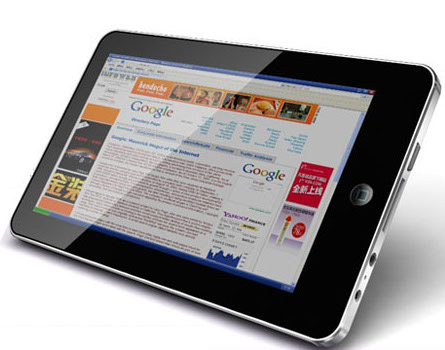 It’s hard to differentiate yourself in this increasingly competitive tablet market, but it seems that the fine folks at Neuros have come up with something rather compelling. On the surface, this might look like any other Android-powered tablet device, but the Neuros Control Tablet 1002 comes with an added bonus. You see, Neuros has pre-installed its LINK remote control app on the device, along with a Boxee remote control program and some other HTPC controls. In effect, this handy little tablet can control just about every aspect of your home theatre, not unlike those expensive Logitech Harmony remotes but in a much cooler (and more cost effective) way.

It’s a little disconcerting that one of the main product shots appears to be showing Windows XP, but I’m willing to overlook that if the remote control (plus other Android functionality) works as advertised. They’re saying, for example, that you can organize a playlist without having to turn on your HDTV to see the LINK user interface.