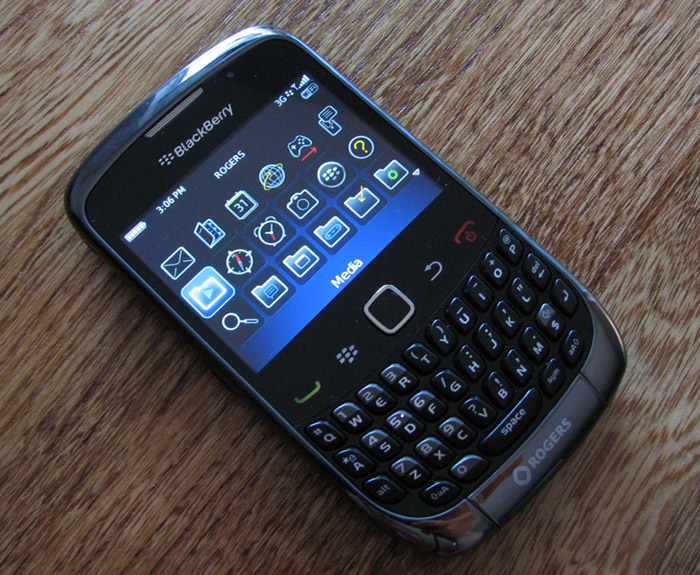 In this day and age, having a 3G connection on your smartphone shouldn’t really be a selling feature. It should be a given, like saying that your smartphone has the ability to update Twitter or organize your schedule. Even so, it seems that one of the primary selling points of the new BlackBerry Curve 9300 is exactly that, since it is also marketed as the BlackBerry Curve 3G.

Does this mean that you should completely disregard the BlackBerry Curve 9300? No, not necessarily. At under fifty bucks on contract, it’s one of the cheapest smartphones on the market today. Then again, are you better off spending a couple more bucks to get something monumentally better? Let’s find out.

As a Curve, the BlackBerry 9300 is a very clear step down from even older devices like the BlackBerry Bold 9700. The price reflects that, but be prepared to make some sacrifices.

For instance, it only has a 2.0-megapixel camera and that doesn’t even come with flash. There’s just 256MB of internal memory, but you can expand that with the included microSD memory card slot. The rest of the specs are better than some Curves from the past though.

You get both 802.11b/g/n Wi-Fi and GPS, as well as the aforementioned 3.6Mbps HSPA 3G connection. Other specs and highlights include the usual BlackBerry accoutrements like the QWERTY keyboard, optical trackpad, BIS/BES support, and TeleNav. The 2.4-inch display is just QVGA and, strangely enough, BlackBerry App World does not come pre-installed. 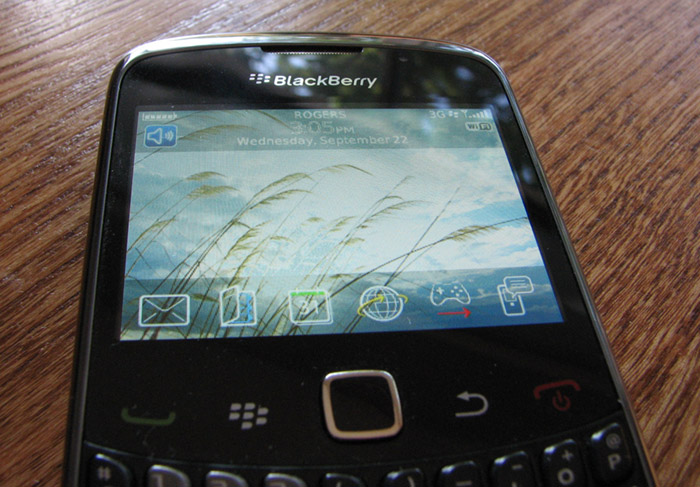 If you’re a fan of the QWERTY keyboards from the days of the 8300 series, you’ll feel right at home with the Curve 9300. It has the same “separated” key layout as its predecessors, which is quite unlike the “connected” keyboard on the Bold 9700.

This is largely a matter of personal preference, to be sure, but I don’t like the 8300/9300 style keyboard. It wasn’t comfortable trying to type with the pads of my thumbs, forcing me to use my fingernails or the absolute tips of my fingers instead. The keys are quite hard to the touch too, instead of using a slightly softer plastic which may have been more comfortable.

The trackpad is exactly the same as every other contemporary BlackBerry, so it really came as little surprise. It does its job and I definitely like it better than the old trackball. I did find that after some oil from my fingers got on the trackpad, as is bound to happen, it got a little less responsive.

One of the more disappointing aspects to the BlackBerry Curve 9300 is its camera. When other smartphones are pushing upwards of eight-megapixels with dual xenon flashes and 720p video recording, the Curve 3G comes in with a paltry two-megapixel shooter and no flash in sight.

The pictures it takes are mediocre at best and don’t even think about taking pictures under low-light conditions. Granted, this is largely a business-oriented device and corporate types may not be TwitPic’ing all that much, but a lackluster 2.0MP camera won’t cut it in today’s smartphone world.

The multimedia player is the same as every other BlackBerry, but it is nice to see the dedicated music controls on the top of the phone. There’s a back button, forward button, and a play/pause button, the last of which doubles as the usual mute button for ‘Berries. Playing music through the built-in speaker is actually not bad, since it can be pretty loud for a phone.

The call quality, for both ends of the conversation, is pretty middle of the road on this phone. I don’t have any real complaints regarding call clarity or reception, but I wouldn’t say that it’s particularly great in any way either. It just works and, let’s face it, we all use our smartphones for so much more than just voice calls. They’ve become an afterthought.

Web surfing is what you’d expect on a BlackBerry with a trackpad and a QVGA display. It does the job most of the time, but it’s far from the best mobile browsing experience. You really need to zoom in to get legible text on non-mobile sites, which forces you to do a lot of both horizontal and vertical scrolling.

The BlackBerry Curve 9300 is definitely a lesser BlackBerry, but the price reflects that. The camera leaves much to be desired, the keyboard isn’t the most comfortable thing in the world, and web surfing can be an exercise in frustration.

At the same time, the core BlackBerry functionality is as great as it has ever been, the keyboard will be familiar to those who came from the 8300-series, and the overall build quality is quite good (particularly the textured materials used for the back) for a phone at this price point. I also like how, while the memory card slot isn’t accessible without removing the battery cover, you don’t have to remove the battery to get at it.

Considering that you can get a much better phone in the BlackBerry Bold 9700 (which runs BB OS 6 now) for just fifty bucks more on contract, I’d much rather opt for that over the Curve 3G. Or, if you want to spend more and wait a little longer, the new-gen Bold 9780 should be just around the corner.

Available in Canada on Rogers, Virgin Mobile, Telus and Bell, in T-Mobile in the USA.