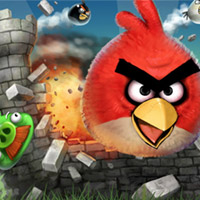 Gaming purists scoffed when Apple enthusiasts proclaimed that the Apple iPhone and iPod touch were not only viable mobile gaming platforms, they said that they could be even more popular than conventional gaming handhelds. That claim has now come to fruition with the increasing popularity of Apple’s iOS products.

In the United States market, the iOS range of devices has now overtaken the Sony PSP in the listing of the most popular gaming platforms. There are two main PSP products (PSP and PSPgo), whereas there are three core iOS products (iPad, iPod touch, and iPhone), but it’s still a reasonable comparison to make. In case you haven’t noticed, a lot of people are playing Plants vs. Zombies and Angry Birds these days.

Let me preface this by saying that I do not personally own an iOS device and am still partial to traditional control schemes for my gaming, but I can also recognize just how popular iPhone and iPad games have become. It also helps that there are a lot of free games for iOS and basically no (legitimately) free games for the PSP. That helps too.

Nintendo is still reigning supreme in the mobile gaming market, but Apple looks like it’s aiming for the spot of top dog. Can the iPhone really beat out the DSi and the upcoming 3DS for the portable gaming crown? Is the multifunctionality of iOS products misleading, since the PSP and DS are largely dedicated to gaming? Either way, I don’t think Nintendo is worried. They always find a way to print money.