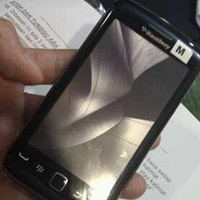 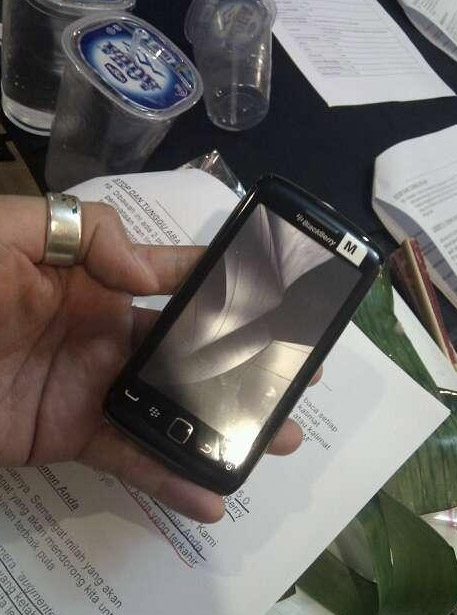 I’ve never been a fan of the BlackBerry Storm. Some people say that the touchscreen got better with the Storm 2, but if I’m going to go the ‘Berry route, I want to have that great QWERTY keyboard. That isn’t stopping RIM from pushing it forward, though, as evidenced by this apparent spy shot.

As always, you’ll want to take this leak with yet another grain of salt, but we could be looking at the upcoming BlackBerry Storm 3. No, it wasn’t left behind at some bar by an inebriated employee. It looks like this might be from some sort of business meeting setting. You’ll also notice the documents under the guys hand are not in English.

Looking even more carefully at the snippets of text underneath the guys hand, we’re getting something with a 5.0. My guess is that’s related to the megapixel count for the camera, since it makes no sense to go with BB OS 5.0, right? You’ll also see the inclusion of an optical trackpad. The tipster also makes mention of a 3.7-inch screen, 8GB internal memory, and mobile hotspot functionality.

Personally, I’m not all that excited about the prospects of another Storm. That is unless this is a revised version of the Torch already? Is there a keyboard hiding in there somewhere?