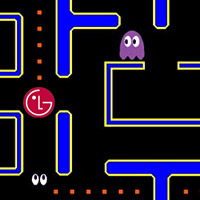 I don’t know if he lost all his bars, but the LG CEO has been asked to step down due to “poor performance” in the companies mobile division.  The smartphone market without a doubt is getting more competitive by the day. There’s massive growth in this area and everyone is reaching for a slice of pie. LG doesn’t feel their getting a fairly sized slice, and so, they blame the CEO.  Perhaps he is to blame, the company manufactures a massive collection of mediocre handsets, and barely a respectable selection of Android handsets; if CEO Nam Yong was behind it, it was the right choice for LG.

Taking Yong’s place is Koo Bon-joon, he currently heads the LG International trading firm. Where Yong goes from here is anyone’s guess.  He spent 3 years as CEO, and was just dismissed due to “declining mobile phone sales.”  If LG wants to stay in the game, they better start making more changes down the line, starting with a mouth watering wireless tablet and Android lineup.  But Windows Phone 7 is just around the corner, perhaps they have something big planned for that? An LG Windows Phone 7 tablet would be nice to see.