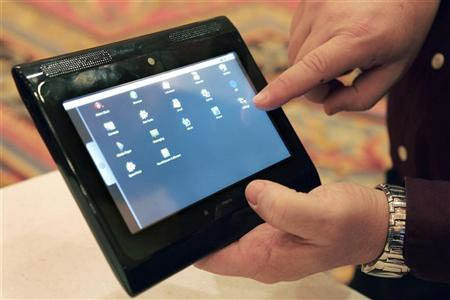 You can stop holding your breath now. The Motorola Droid 2 and Droid X are pretty impressive smartphones that make good use of the Google Android platform, but you shouldn’t expect to have a Motorola Android tablet in your hands in time for the holidays. In fact, if Motorola’s Sanjay Jha is to be believed, the company is hoping to reveal an Android-powered tablet in early 2011 at the earliest and that’s not even necessarily indicative of a launch date. Jha is saying that Moto hasn’t even begun work on the device yet. That’s not good, or is it?

He’s only going so far as to say that Motorola will develop an Android tablet “if it is sufficiently compelling” and that they are “hopefully” looking at “early next year.” Yes, they’re being pretty careful with what they have to say. Perhaps they are waiting on a more “tablet optimized” OS? Like Gingerbread. Although they could just as easily make something similar to the Galaxy Tab.