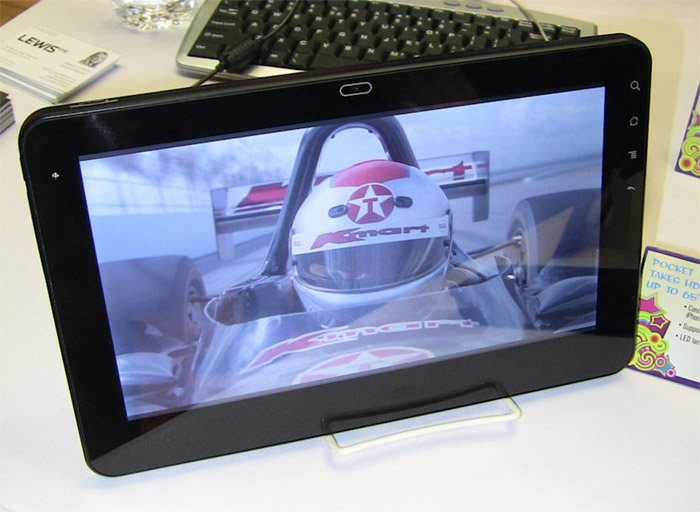 Don’t confuse Viewsonic’s recently revealed G Tablet with the ViewPad we saw at IFA. This is an entirely different unit running Nvidia’s Tegra 2 chipset with Android 2.2 Froyo on board. Froyo you say? Yes, even after Google specifically announced that Froyo is not optimized for tablets.

I guess at this point its a take what we can get scenario for many manufacturers dabbling in the tablet realm. What I specifically like about the G Tablet is its front facing camera and USB port, and this would have been great 6 months ago, but as Apple readies its next-generation iPad it’s really going to be a too little too late scenario Viewsonic. Especially at their $529 asking price. Sure, it’s loaded with 1GB RAM, 16GB flash with microSD expansion for 16 more, it plays 1080p HD for 10 hours, but we’ve heard that song and dance before and Viewsonic is now officially deep in the iPad clone catchup game.