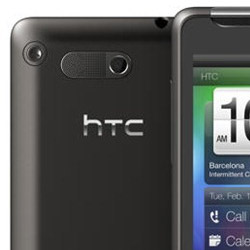 The BlackBerry Torch is the newest device from RIM. The Galaxy S platform is highlighted at Samsung. So, what’s new with HTC? The Android leader has an event planned for bright and early tomorrow morning to show us exactly what they have in store for us.

The HTC event is scheduled to happen at 7am Eastern time and it’s at this event that HTC plans to reveal its new phones for Europe. At least some of these phones should make it to Canada and the United States in some form at some point.

We’re surrounded by rumor and hearsay at the moment, but the rumblings are pointing toward additions to the HTC Desire family. More specifically, the HTC Desire Z and maybe the Desire HD will be making an appearance. The former is similar to the T-Mobile G2 with its slide-out QWERTY keyboard, whereas the latter is an upgraded version of the regular HTC Desire.

What are your predictions? What secrets will HTC have up its sleeve?