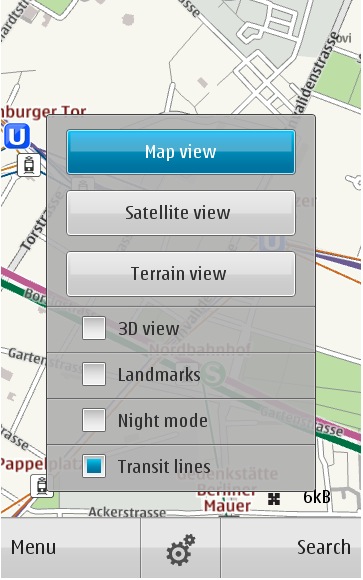 Looks like the crew at Nokia decided that today is a good day to make some big announcements. In addition to the three new phones, Nokia is also updating its Ovi Maps application with no fewer than three new features. Yup, they’re finally recognizing that software is just as important as hardware.

The three new features for Ovi Maps are, in case you skipped the title are: live traffic updates, public transportation maps, and check-in functionality.

The first two functions are straightforward enough to understand and should help to get you to your destination in a more expedient manner, both by car and by public transit. The third, however, requires a little more explanation. Nokia isn’t launching its own version of Foursquare, as far as I can tell. Instead, the “check-in” feature integrates with your social network of choice. Alternatively, you can blast out your current location via SMS.

Peep the video below for a demo.