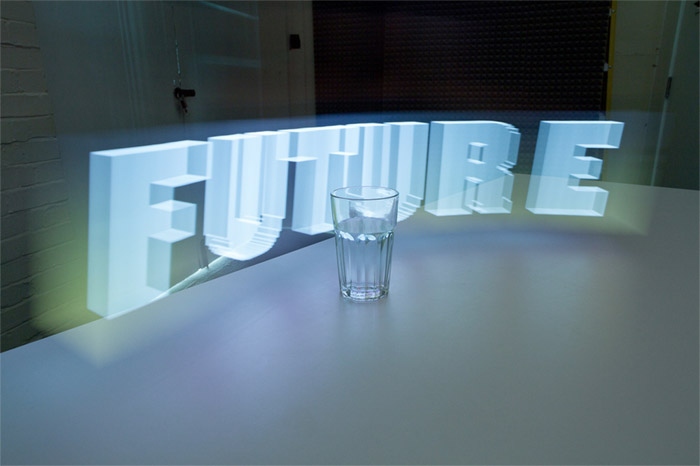 Sometimes the most simplest looking things can give you a jaw dropping effect. Like this stop-motion animation movie of an iPad sequence of illuminated 3D segments of typography, when photographed in a series and put together it gives a 3D effect of the text being projected. Not quite what R2-D2 would have made for Luke Skywalker, but we’re getting there.

First we create software models of three-dimensional typography, objects and animations. We render cross sections of these models, like a virtual CAT scan, making a series of outlines of slices of each form. We play these back on the surface of the iPad as movies, and drag the iPad through the air to extrude shapes captured in long exposure photographs. Each 3D form is itself a single frame of a 3D animation, so each long exposure still is only a single image in a composite stop frame animation. 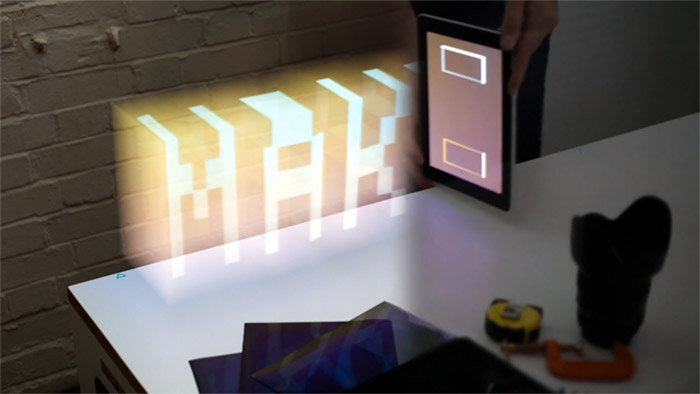 I think its an amazing technique and it would be awesome of the folks at Dentsu London to provide a rendering service for people to make their own iPad 3D stop animations.