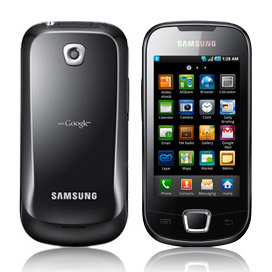 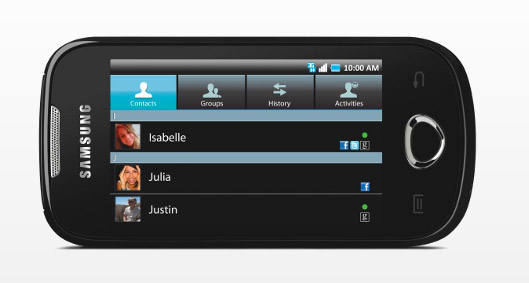 Telus has announced that the Samsung Galaxy Apollo will hit their network, although no official date has been confirmed for the Android 2.1 smartphone.  Pricing will be just $50 on a 3 year contract, or $250 outright.  The Apollo features a 3.2-inch display (240×400 resolution), 3 megapixel camera, 720p video recording, GPS, WiFi, FM radio and includes a 2GB MicroSD with up to 16GB.
The Apollo has been out in the UK under Orange for some time now, it runs an SEC ARM11 CPU clocked at 667Mhz.  Slower than the Galaxy S, but will still get your foot in the Android door.