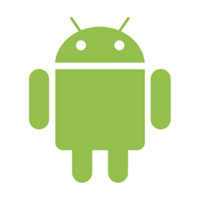 Google Android has steadily been gaining market share since the initial introduction of the T-Mobile G1. With that said, the analysts at Gartner say this trend will continue for the next few years.  And by 2013, Android could very well be the most popular smartphone OS in the world.

As of 2010, Android holds about a 17.7 percent of the “mobile communications device open OS sales to end users” market share. That’s a significant improvement from the mere 3.9 percent the Google-derived platform was able to achieve just one year ago in 2009.   Looking ahead, Gartner is predicting that Android will hold 22.2 percent in 2011 and up to 29.6 percent by 2014. If Google Android is the big winner in this equation, who’s losing out? Symbian is the one that will likely hurt the most, dropping from its current 40.1 percent to just 30.2 percent by 2014.

Similarly, RIM’s BlackBerry is expected to drop from 17.5 percent (in 2010) to 11.7 percent in 2014. Windows Phone is losing share too. The only other winner is the elephant in the room. iOS currently holds 15.4 percent of worldwide market share and Gartner is forecasting it to hold 17.1 percent next year. Interestingly, they predict a drop to 14.9 percent for iOS by 2014 though.