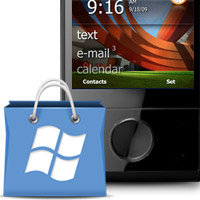 According to Pocket-lint’s inside sources at Redmond-based Microsoft, the Windows Phone 7 mobile operating system will be launched on October 11, 2010. That is exciting news, because the sources also report that Windows Phone 7 handsets will follow later in the month.

We could have a variety of Asus, Dell, HTC, LG, possibly Motorola, and Samsung WP7 devices in our hands before the holiday season. That’s good timing for Microsoft and keeps in line with earlier rumors of an October launch.