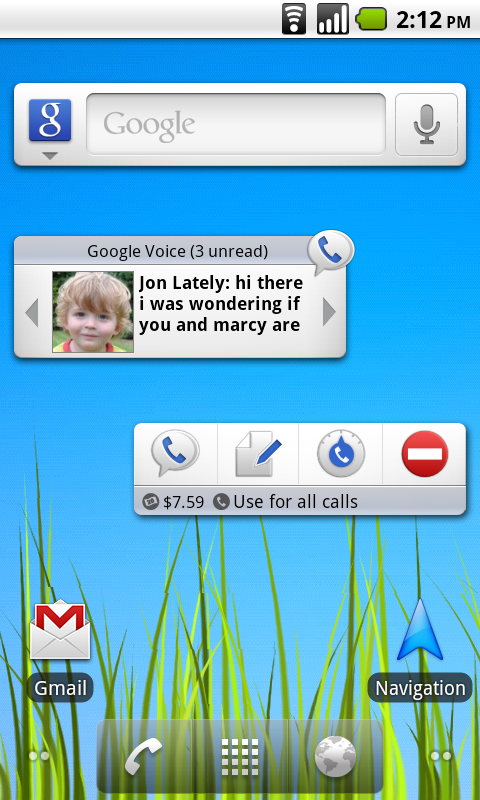 Do you wish you had easier and faster access to your Google Voice account from your Google Android smartphone? They’re all a part of the same family, so the integration should be perfect, right? Well, Google is listening and it has just released a new set of Android widgets for just this purpose.

Instead of having to launch the full application in order to do anything with your Google Voice account, you can simply make use of the new Google Voice Inbox widget. There’s two parts to this Android app. First, there’s a widget that shows your most recent voicemails and text messages. You can flip through the messages and, if you choose a message preview, it will open in the full Google Voice app.

The second widget is for settings and is comprised for four handy buttons. There’s one click access to the full Google Voice app, a button for composing a quick (free) text message, another button for changing what calls to play via Google Voice on the fly, and one last button for setting “Do Not Disturb” for your Google Voice account. This last bit sends all calls to voicemail.

As an added bonus, the Android homescreen widget will show your current account balance with Google Voice, so you’ll know when you need to toss some more money in there. Naturally, you’ll need a Google Voice account to use this and, for the time being, it’s only available to US peeps. Where’s the love for Canada, Google?