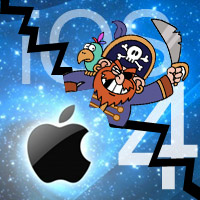 We knew not to expect a jailbreak from the iPhone dev team anytime soon, but @pod2g and @p0sixninja together may have a solution for jailbreakers once again. A blog post came hours after the iOS 4.1 official announcement, pod2g announced “Pwned once again? :)” Although nothing has been released by the iPhone dev team, the exploit, according to @musclenerd will also work for iPhone 4, iPod touch (4G too) and iPad devices. This new method of cracking iOS could pose a bigger problem for Apple than previous jailbreaking methods; in order to patch it, Apple would need “a whole new processor rev.” Typically, Apple will simply re-flash or patch the bootrom of a new build before sending it off to thwart jailbreakers.

The Firmware Umbrella have updated their site with a 4.0.x to 4.1 update, apparently without touching the baseband. That’s fantastic, its not your typical click and unlock solution, so you will need a bit of time to RTFM, TinyUmbrella, a TSS server, and some balls. You can’t brick your iPhone testing exploits, but you can sure mess things up. So as always, proceed at your own risk and let us know how things worked out for you.