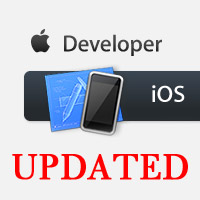 Just as there are ads all over our televisions and our computers, the same is increasingly true of our smartphones. Apple has just updated its iPhone Developer Program License Agreement to clarify a few concerns and it looks like the guys and gals at Google like what’s been done.  In short, the new license agreement allows application developers to earn money and fund their apps through a “variety of advertising solutions,” including AdMob’s and the ad platform offered by Google. This is in addition to Apple’s own in-house advertising solution.  The new terms also allow third-party development kits to be used when developers make apps and games for iOS, this is a huge step forward for everyone and was probably a result of heated competition in the mobile arena.

Back to the advertising changes; Google VP of Product Management Omar Hamoui says that a “competitive environment is the best way to drive innovation and growth in mobile advertising,” so he is glad to see that Apple is allowing for a variety of competitive advertising options. As such, developers can “pick the solution that works best for them, to boost their revenues.”

Naturally, I’m not a big fan of intrusive advertising, but I also understand that it’s the nature of the beast if we want to continue to have cheap (and free) apps for our smartphones.