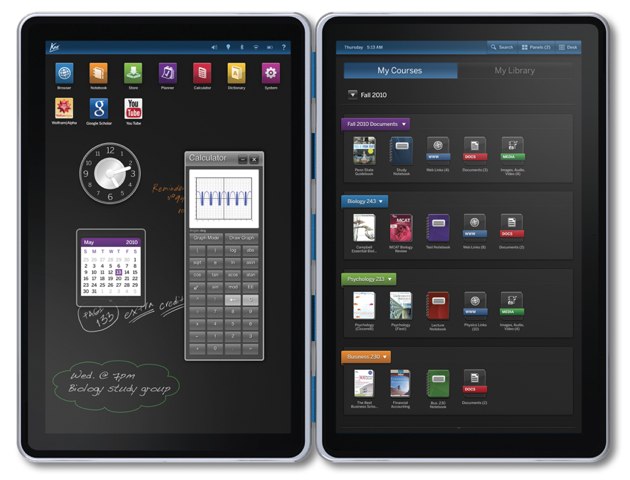 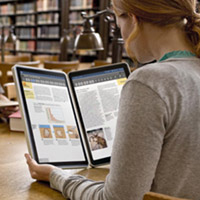 Never heard of Kno? Not many people have, but the company could be in a position to make some major waves in the industry, having now raised over $55 million in venture capital to build what could be the most powerful tablet device this planet has ever seen.

Among the $55 million raised, a solid $46 million is put forth by Andreessen Horowitz, championed by Marc Andreessen. Marc is so enthusiastic about Kno that he’s calling it the “most powerful tablet anyone has ever seen.” Kno CEO Osman Rashid isn’t forthcoming about the price, but he says this puppy will be less than four figures; $999?

The Kno device will be the first dual-screen tablet computer and they’re saying that it will be a “total product,” encompasing software, hardware, and services. That sounds a lot like the Apple approach, but it seems the Kno is being targeted at the college crowd. Students can download and read textbooks directly, as well as take notes and draw on pages.

Rashid is also saying that Kno-provided textbooks, which look awfully like what the Microsoft Courier concept was trying to pull off. Regardless, it will be cheaper than the dead tree editions, which usually average about $100 each. That all sounds good, but one of the many challenges will be getting the textbook publishers to jump on board. I’m sure the Kindle, Kobo, iBooks, and other folks are itching for that kind of a deal too.