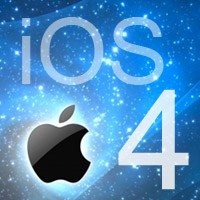 Also with the update comes new “high dynamic range” (HDR) photography where multiple exposures of a single image are combined to provide enhanced details. In total 24 vulnerabilities in iOS were patched in this update, 19 of which were “arbitrary code execution,” meaning, a “critical” vulnerability. The update ranges from 308.2MB to 590MB depending on your geographic location.

With the fixed Webkit framework, you’ll get TV show rentals. They will cost 99 cents and will be streamed from the clouds.

HD video uploads over Wi-Fi are added, not 3G, are you trying to kill your ISP? This is for iPhone 4 owners only, you can share the captured HD clips with YouTube over Wi-Fi.

If anyone is brave enough to give this a run on their iPhone 3G please do so and let us know how it turned out. The update is said to “increase performance” and it seems to be doing so. Some iPhone 3G owners are reporting “It’s a quite faster” and “seems a little bit faster than 4.02; Safari opens faster, Google maps is much faster, Skype (as told) works even if there is a message saying that is not supported” according to Apple Discussions.

As for jailbreakers, the iPhone Dev Team says dont do it. “It’s a trap!” Apparently there is no way to revert your baseband after the 4.1, “if you update your baseband you’ll lose the ultrasn0w unlock, possibly forever.”