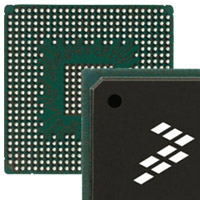 I’ve got some good news and some bad news for the speed junkies among us. The faster Snapdragon mobile processors from Qualcomm are indeed on the way and they could make for some super quick and delicious smartphones, tablets, and other portable devices. The bad news is, we still need to wait a bit.

At CES this past January I met up with the Qualcomm people, they told me about the upcoming series of Snapdragon processors that would clock in at an impressive 1.5GHz. Sadly, no smartphone with said processors would be available for public consumption until the end of 2011. That’s a long time to wait, especially since Qualcomm’s CEO mistakenly told us that the 1.5GHz phones would hit shelves in Q1 2011. Instead, it’s the 1.2GHz Snapdragon-powered devices that would be ready in that timeframe.

The MSM8260 and MSM8660 are the 1.2GHz Snapdragon processors coming down the chute and they’ll offer 1080p video encoding and decoding. The 1.5GHz QSD8672 Snapdragon will do 1080p playback, as well as support DDR2, DDR3, and HDMI components.