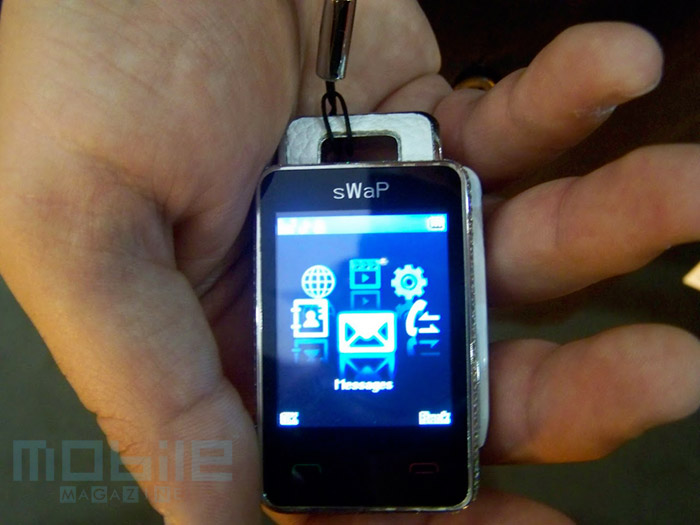 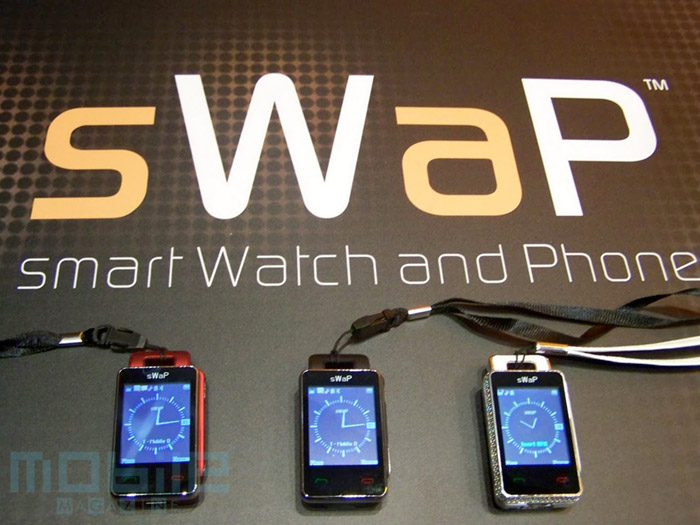 I couldn’t help but think of Ben Stiller’s hilariously tiny phone in Zoolander when I hit the sWaP (smart Watch and Phones) booth at IFA Berlin; getting no less than an eyefull of their wearable technology. Having already endowed the world with real-live Dick Tracy phone watches, they were showing off the new Nova, a matchbox-sized phone and timepiece that you can wear around your neck (lanyard included), which they say is “potentially” the smallest phone in the world. At that size, not to mention its PacMan-y graphics and mini stylus (!), it seems like something I’d use as a conversation piece rather than for having an actual conversation. So if i’m going get that frivolous, I’ll pass on the red-and-chrome and black-and-chrome versions and wait for the Nova Crystal they had on display to be released. That one’s pimped out in white leather and studded with Swarovsky crystals. Ring my bling, yo!