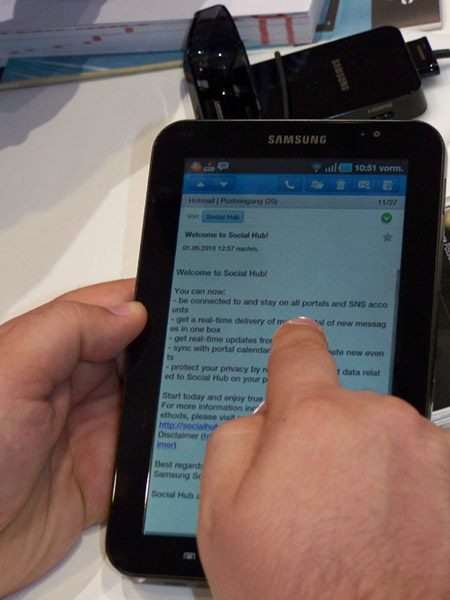 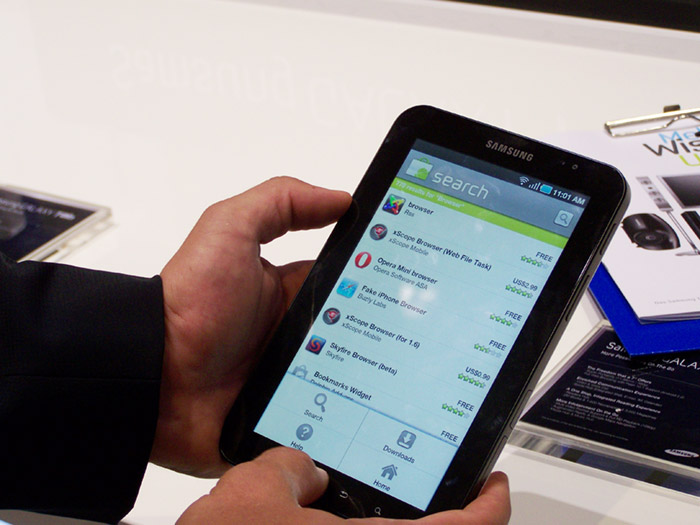 If there was one mobile-related pulse-quickener at the IFA Berlin show, it had to be the debut of the Samsung Galaxy tab, which pretty much sucked most of the oxygen out of the mobile electronics category. Due hit the shelves in Europe by early October, a few weeks later in Asia and shortly after in North America, this Android challenger to iPad dominance offeres every-which-way connectivity and weighs in at a feathery 380g. The 7.0” WSVGA (600×1024) TFT display is something anyone can wrap their fingers around (standby and volume buttons are mounted flush into the slim 11.98mm side), yet still leave room for even my sausage-like fingers to type a quick error-free email on the touch screen qwerty keyboard. 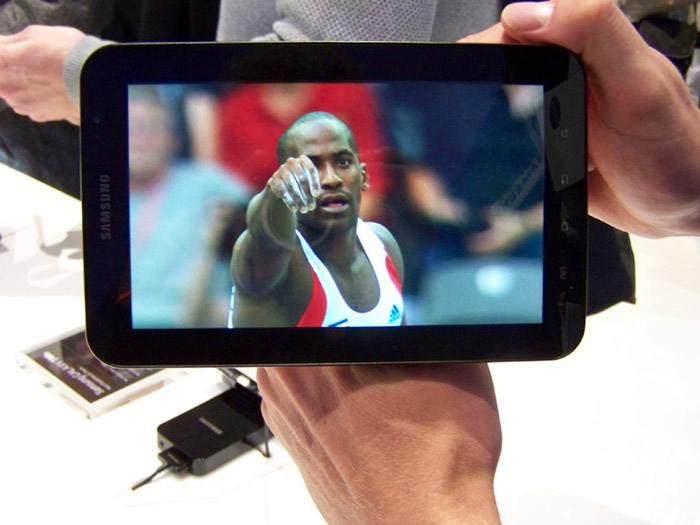 Sliding and pinching the screen made me feel like I was cheating on my iTouch, while navigating the Need for Speed course had me ready to file for divorce, since the tilt sensor mechanism made “steering my tab” as tight and responsive as a simulation can get (though here, I thought, an iPad-sized device would give you better torque). I keep a low social networking profile, so the Social Hub integrated calendar, email and social networking didn’t move me, but I could have spent hours browsing the virtual international newsstand by country, then city and tapping next to the thumbnail and watching, say, the Vancouver Sun burst open in crisp living color. Tethered to the table-charger (and a crush of people around me waiting their turn), there wasn’t much of chance to test what the LI_POL 4000MAH battery can deliver.

The specs promise 1000 minutes of 3g talk time or 1500 hours standby, which I found to be a pretty interesting metric since, thanks to Apple, I just about forgot these things could be used as a normal mobile phone.