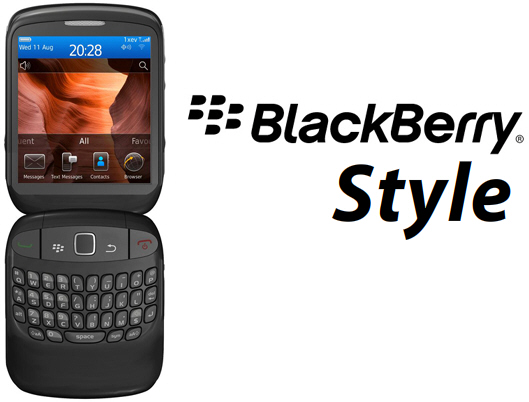 Research in Motion is really starting to dabble into other “unconventional” form factors for the BlackBerry line. The Storm was the first touchscreen. The Torch the first slider. And the Style could be the first QWERTY flip phone.

You may have already seen the BlackBerry 9670, mostly as rumor and hearsay, but it seems that the model number is no longer enough. That’s why we hear about Pearls, Curves, Bolds, and so on. We fully expected a “name” to go with the BlackBerry 9670, but Style? Well, that’s the word that’s currently making its way around the Internet today. This isn’t the first time that RIM has had a flip phone — you might remember the Pearl Flip — but the BlackBerry Style will be the first flip with full QWERTY. Maybe Curve Flip may have been more appropriate.

In any case, the BlackBerry 9670 Style will be a CDMA device and it appears to be running BB OS 6 right out of the box.

BlackBerry 9670 clamshell to be branded the BlackBerry Style [Crackberry]