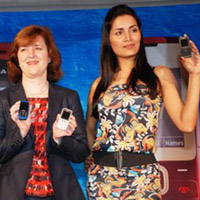 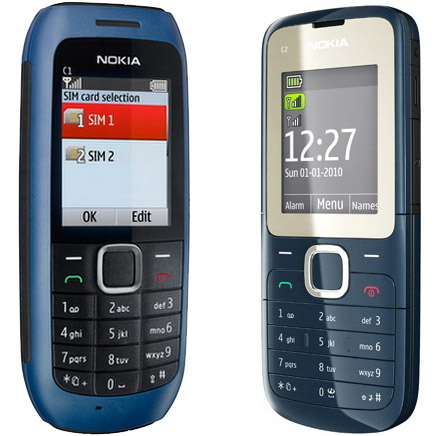 I’m starting to dig some of these C-series phones from Nokia. Yes, they’re lower-spec’d compared to high-end smartphones, but they’re much more affordable and offer plenty of functionality. The latest to join the bunch are the Nokia C1-00 and Nokia C2, both of which are the first to support dual SIMs.

These two handsets mark the first time that Nokia has dabbled in the dual-SIM game, giving consumers the ability to effectively have two different phone numbers within a single device. The C1-00 and C2 are both low-end and they’re being offered to India only for the time being.

The Nokia C1-00 lists at 1,999 INR (about $42) is the cheaper of the two. It has two SIM card slots, but only one is operational at any time. You switch between the two by holding a key.

The Nokia C2 is a little more costly at 2,500 INR (about $54), but it allows you to have both SIM cards working at the same time. Other features include S40, GPRS data, Nokia Life Tools, stereo FM with recording, VGA camera, and microSD slot.