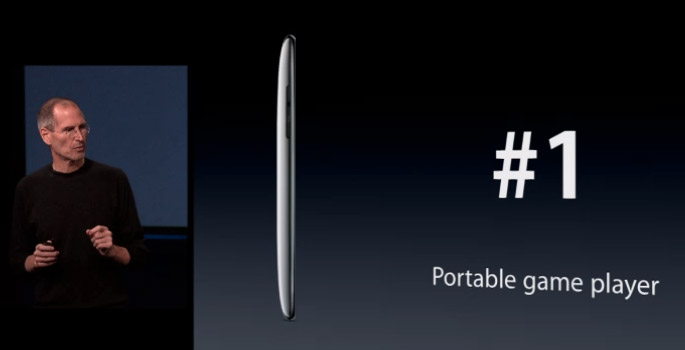 That little iPod Touch that hung around as an advanced MP3 player in its early days has all of a sudden become a mobile gaming powerhouse. Over 1.5 billion “games and entertainment titles” have been downloaded to the iPod Touch. With that considered, the iPod Touch olds a 50% marketshare for portable gaming in the US, that is beyond Nintendo and Sony’s portable game players combined. “It’s been amazing.” Said Steve Jobs.

We don’t know specifically how many actual games are downloaded, but its easy to look at anyones iPod Touch, they are usually littered with dozens of games. If that is considered gaming, then Apple takes the cake.