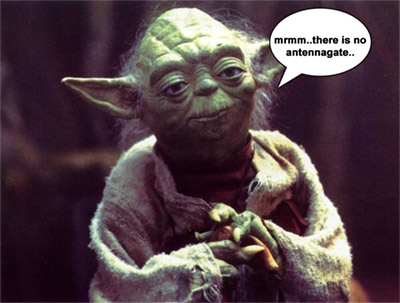 Not digging that whole bumper situation to fix your problems with dropped calls? Prefer a better fix to the whole Antennagate scandal with Apple? Well, if these latest reports are to believed, a “fixed” version of the iPhone 4 will start shipping by the end of September.

This comes by way of an executive from Telcel, a wireless carrier in Mexico. Marco Quatorze says that Apple will have a revised version of the iPhone 4 by the end of next month and it’ll take care of that whole antenna problem. The phone should be fundamentally the same, but it’ll be slightly altered to prevent the dropped signal.

Why does he think this? Well, in addition to his own insider reports, he notes that the free bumper case program ends on September 30th. Why would Apple do that? Because the revised hardware will be made available by that date and people won’t need the free bumper anymore.

Then again, Apple could easily extend the program until they come out with an iPhone 4S or something. Or, you know, there is that event later today. Maybe the “one more thing” is a fixed iPhone?