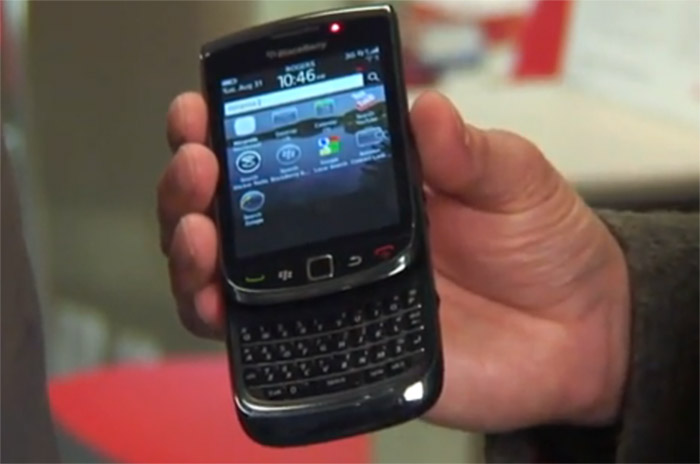 Are you ready to take on another BlackBerry form factor in Canada? We’ve already experienced flip phones and touchscreens, but the recently revealed BlackBerry Torch now has a confirmed launch date too. Rogers has announced that it’ll start selling the device on September 24.

The overall reception to the upward-sliding BlackBerry Torch 9800 has been tentative at best, but that could change over time. You have to remember that the Torch is the first BlackBerry to feature both a full QWERTY keyboard and a touchscreen display. It’s also the first with BB OS 6, as far as I know.

Rogers will make the Torch 9800 available both through its regular retail outlets and through its website on September 24, so that probably means that you call in to get one sent to you too. The launch price is set to start at $199.99 with a qualifying three-year contract.

More information can be found at rogers.com/torch and you can watch the embedded video too.