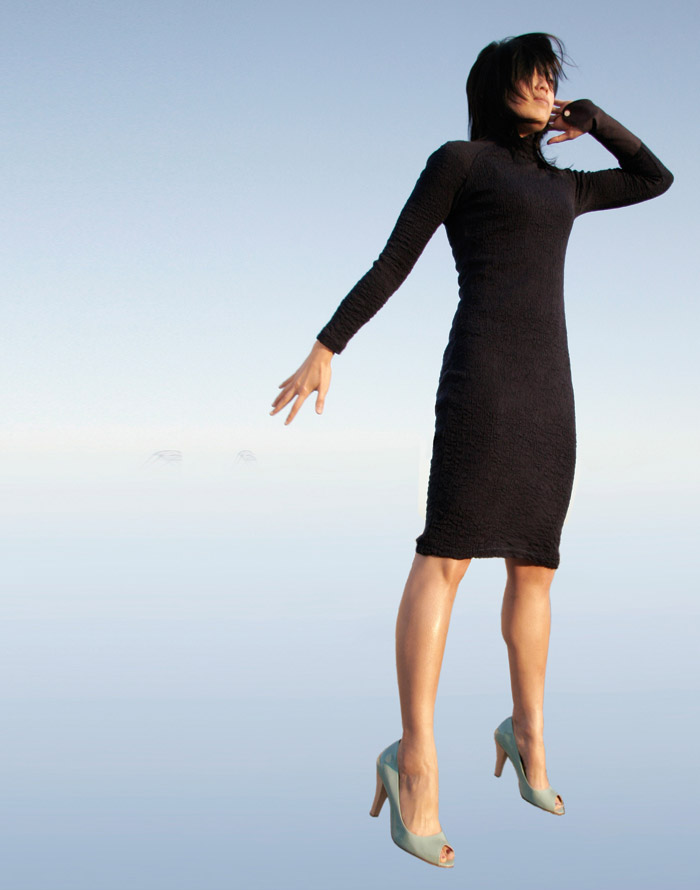 Most clubbing attire is so snug you can’t fit a penny in your pocket, let alone a cell phone.  The M-Dress by CuteCircuit was designed as good news for tight clothing and for missed calls buried below half a bathroom cabinet.

With the M-Dress, made of silky jersey, a woman does not need to excavate her purse in order to receive or make a call.  Instead, she simply lifts her wrists to say hello and brings it back down to say goodbye.  This is because the little black dress has built-in motion sensors and gesture recognition software.  It has a spot beneath its label for a SIM card, so the user can keep her phone number.  But don’t get too comfortable dancing in your new phone because a sweet upper body move might actually call your mom.

CuteCircuit has developed other wearable technology including the Hug Shirt which attempts to recreate the sensation of touch and allow people to send and receive hugs via mobile phone.  I’m all about getting close, but if I’m applying eyeliner or maneuvering a sticky cart at the grocery store, I’d stick to the dress. Where is the antenna? And why make the dress an entire cellphone, why not just make it a cellphone headset with a holder for your cellphone?