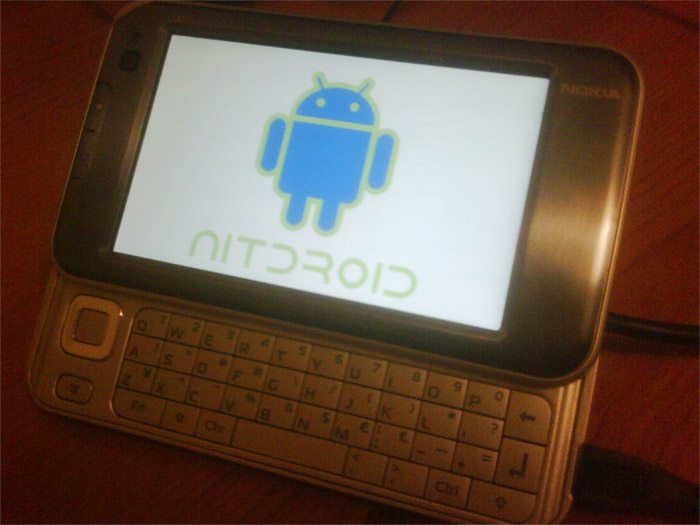 I’ve been saying for quite some time that I’m a big fan of Nokia hardware. I think their cell phones are great, but the operating system can leave a lot to be desired. Well, it turns out that we just be able to address that with Google Android.

This is nowhere near an official solution coming out of Finland. Instead, the NITDroid project is heralded by some enthusiastic developers and it effectively puts Android on your Nokia hardware. They haven’t done it with a phone yet, but they have managed to do it with Nokia’s Internet tablets.

Getting past that “not always the best user experience,” UK mobile consultant Terrence Eden was able to load Android 1.6 Donut on his Nokia N810. The result? “Android is a much better software environment for Nokia hardware than what Nokia provides.”

Aside from a lack of support for Google Market (and certain apps), the Android-powered N810 is working just fine. Other developers have created a version of Android 2.2 Froyo for the Nokia N900 and it’s actually stable, including the ability to get calls and run Google apps. The camera doesn’t work yet, though.

For those of you brave enough to give it a try, there is an installation guide for getting the Droid action happening on your Nokia device. Proceed at your own risk and discretion.