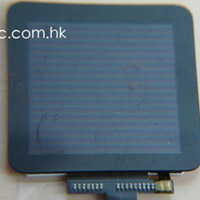 As you may have heard already, Apple is planning a special event on September 1 and it is on that day that we expect to see some new iPod 4G offering from Steve Jobs and his team in Cupertino. Well, we have now learned a little more about the upcoming products.   Chalk this up to rumor and hearsay for now, but the word is that the next iPod touch will have a flatter appearance, rather than the current curved shape, and a flat surface like the iPhone 4 along with its curved edges. It won’t have the glass back of the iPhone 4, though, opting instead for aluminum or stainless steel. The rumors also call for both a front and rear-facing camera, including FaceTime support.

Over on the iPod nano front, it seems that the touchscreen iPod shuffle we saw earlier this month might actually be the new nano.

Does this mean that the shuffle is being killed off altogether? We can’t say for sure, but we’ll find out in less than a week. Bring it on, Apple!