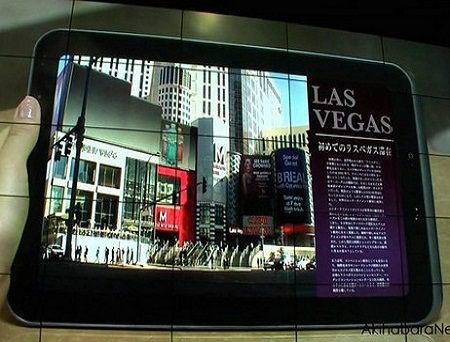 While the Amazon Kindle is still doing reasonably well, it seems that the future of e-book readers will come with multifunction devices using color LCD displays. Sharp is continuing this trend with a pending e-reader of its own and they’re saying it’ll “rival the iPad.”

Not surprisingly, the Japanese company is staying mostly mum about the details thus far, but it seems that the yet-unnamed Sharp e-reader will indeed boast a color LCD instead of an e-ink based display. But that’s not the best part.

It mostly likely won’t be able to do it at launch, but it appears that the upcoming Sharp tablet e-reader has the “potential for 3D down the line.” Sharp President Mikio Katayama is already really enthusiastic about 3D, so this kind of added functionality makes sense.

The third dimension probably isn’t all that useful for reading through the New York Times, but it could make for a great gaming experience and maybe even some interesting 3D comic books. Or 3D movies even. The current timeline calls for a Japanese release this fall with a US launch by the end of the year.

Sharp 3D Tablet‎ or E-Reader to Launch this Year [TechPinger]