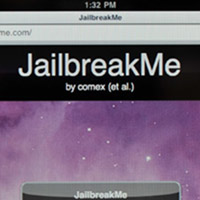 Did you line up for hours on end to get your hands on a shiny new Apple iPhone 4? Are you anxious to jailbreak it so that you can access all the cool Cydia apps (and other things) that aren’t available to non-jailbroken iPhones? Well, you’ll want to avoid updating to iOS 4.0.2 then.

If you managed to get an iPhone 4 with iOS 4.0.1 and earlier, you can still use the remarkably simple and straightforward solution at Jailbreakme.com to break through the shackles. That still works. However, if you’ve upgraded to iOS 4.0.2 (or you bought a device that came preloaded with it), you’re pretty much out of luck.

For the more patient people in the audience, you’re probably best sticking with iOS 4.0.1 for now and waiting for the next iOS 4.1 update. At that time, the Dev-Team will work on a new jailbreak for the newly updated OS.