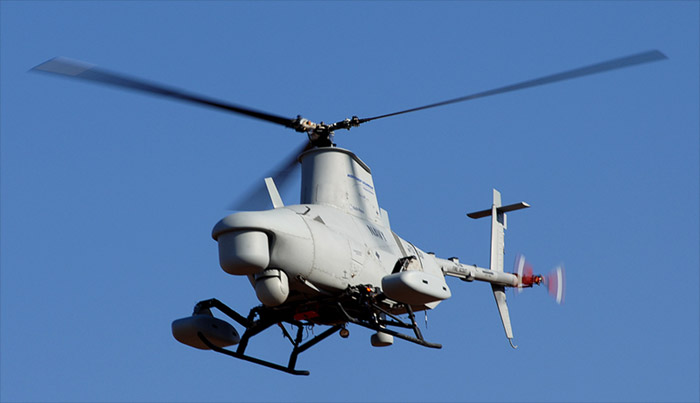 What happens when a multi-million dollar US Navy drone takes off and disconnects from their operator? A whole lot of panicking, thats what. August 2nd an MQ-8B Fire Scout Vertical Takeoff and Landing drone, a fancy name for an unmanned surveillance vehicle, was cruising at about 2,000 feet when all of a sudden its operators lost control over it. Now this was considered when Northrop Grumman manufactured the little spy-copter, if and when it did happen, the Fire Scout would be programmed to automatically return home; in this case, it didn’t.

The Navy is still confused about the situation, not knowing what caused the disconnect, and why the drone did not return. Commander Danny Hernandez, a Navy spokesman, told the NYT “When they lose contact with the Fire Scout, there’s a program that’s supposed to have it immediately return to the airfield to land safely. That did not happen as planned.”

As a result, all 6 Fire Scout drones have been grounded. The Navy did eventually regain control of the drone somewhere in D.C. half-hour and 23 miles later, but that’s enough to take a serious look at the so called “software glitch” that caused it. Let’s just hope these things aren’t carrying live ammunition.