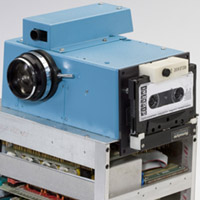 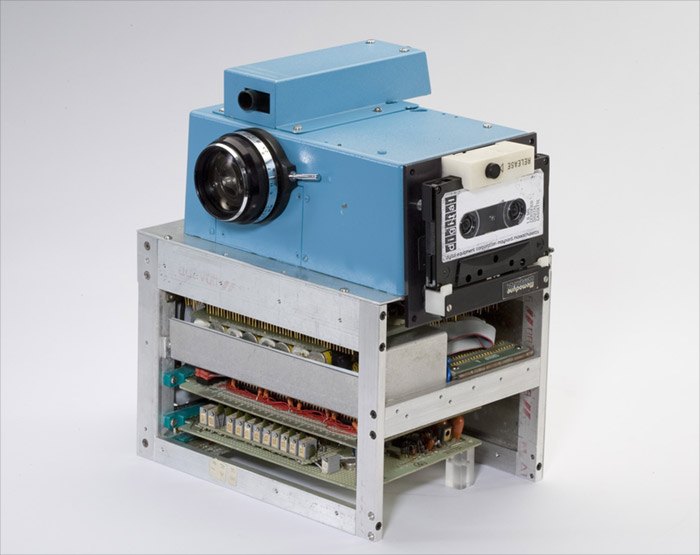 I’m the guy who still has the Motorola Brick phone, not because it works, or I can use it, but because its old school and rad. Now having something like this sitting on my bookshelf would definitely raise a few eyebrows. Someone should actually manufacture a variation of it, the walkman-camera. It could spark a fever of old cassette tape hunters at garage sales.

Kodak made the first digital camera back in 1975, they say Steve Sasson is the inventor. These images show the what a Super 8 movie lens, a portable digital cassette instrumentation recorder, some hacked up CCD, digital voltometer, several dozen digital and analog circuits wired together and 16 nickel cadmium batteries get you. Proof that a digital camera existed in the mid 70s. I remember the Sony digital cameras used to use floppy disks, now that was clever. So why was there no progression leading up to that? The old Vic 20 computers used cassettes to read and store data, what happened to the cassette tape digital camera? It was probably just too damn big and slow (23 second per-image write times), but here it is anyway in its naked prototype state with circuitry exposed.