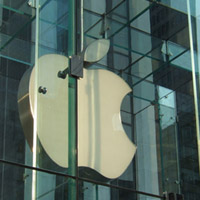 It’s that time of year again. Well, I guess it could be just about any time of year, but Steve Jobs and the Apple crew are planning a special event on September 1st. We have what we believe to be the skinny on what will be revealed. Get ready for a Hulu fighter.

First, it is said that Apple is working on bringing TV show rentals to its iTunes service, competing directly against the likes of Hulu and Netflix. They’re already in “advanced” talks with Fox and it seems that they’re moving in on CBS, NBC Universal, and Walt Disney Company too. Remember that El Jobso is a board member and the largest shareholder at Disney.

The plan would involve renting TV shows for 99 cents each, allowing consumers to watch them over about a 48-hour period. New episodes would become available in iTunes within 24 hours of their original airing. It’s quite possible that this could be extended to mobile devices too, like the iPhone and iPad.

Speaking of mobile devices, the same September 1st Apple event could finally see the unveiling of the next-generation iPod touch. It’s said to have a higher resolution screen, similar to that of the iPhone 4, and it might have a camera too. Back to school with an iPod touch and 99 cent TV show rentals?