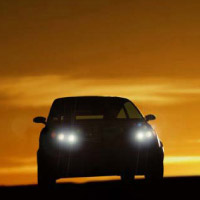 Canadian company Motive Industries has announced their plan to test a prototype vehicle which is made of Hemp. The car is electric, and is expected to reach 55 mph with a range of 25-100 miles before recharging. CBC is reporting that several battery options will be available making the hemp electric vehicle affordable to many people.

The material used to manufacturer the body is impact-resistant composite from hemp mats; these are supplied by Alberta Innovates-Technology Future (AITF), while hemp is grown in Vegreville, Atlanta. Here’s the kicker, AITF is Crown corporation, owned by the Canadian government.

“Plus, it’s illegal to grow it in the U.S., so it actually gives Canada a bit of a market advantage,” said Motive Industries president Nathan Armstrong to the CBC. Let’s hope the U.S. doesn’t stand in the way. The first attempt known to use hemp in a car was in 1941 by Henry Ford, that didn’t go over to well and saw no mass-production. Let’s hope this version doesn’t go up in smoke.

Cannabis electric car to be made in Canada