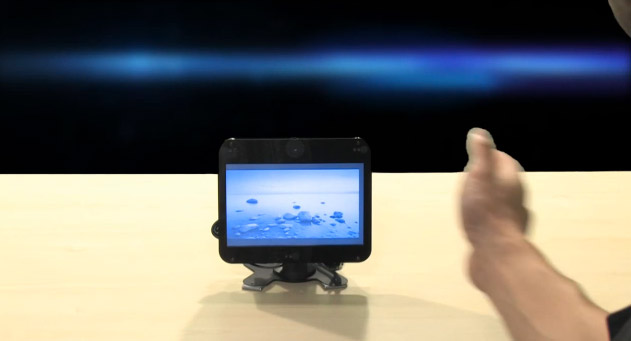 Tired of marking up that touchscreen display with fingerprints? That may soon come to end if device manufactures adopt a new Touchless Gesture User Interface technology developed by Elliptic Labs in their products.

Elliptic plans to showcase their “Mimesign” technology at IFA in Berlin from the 3rd to 8th of September 2010. Mimesign will bring intuitive ways for people to interact with devices. The possibilities range from tablets, remote controls or in-car media controls. The interface is based on ultrasound technology and allows the user to remain in an unchanged state. Meaning, you can pimp slap your way through a photo album.

It’s really as simple as it sounds. A set of gestures are programmed in to the interface allowing the user to navigate with free, unrestricted hand movements. It’s a great invention and has many practical uses, for instance waving your hand to change radio stations in the car is much safer than leaning over to find the button. But waving your hand across the air to change photos on your media player is a bit of extra work for me, I would rather tap the edge of the screen to flip pictures than to wave my hand across two feet of air. Perhaps the movements in the video are more dramatic than they need to be?